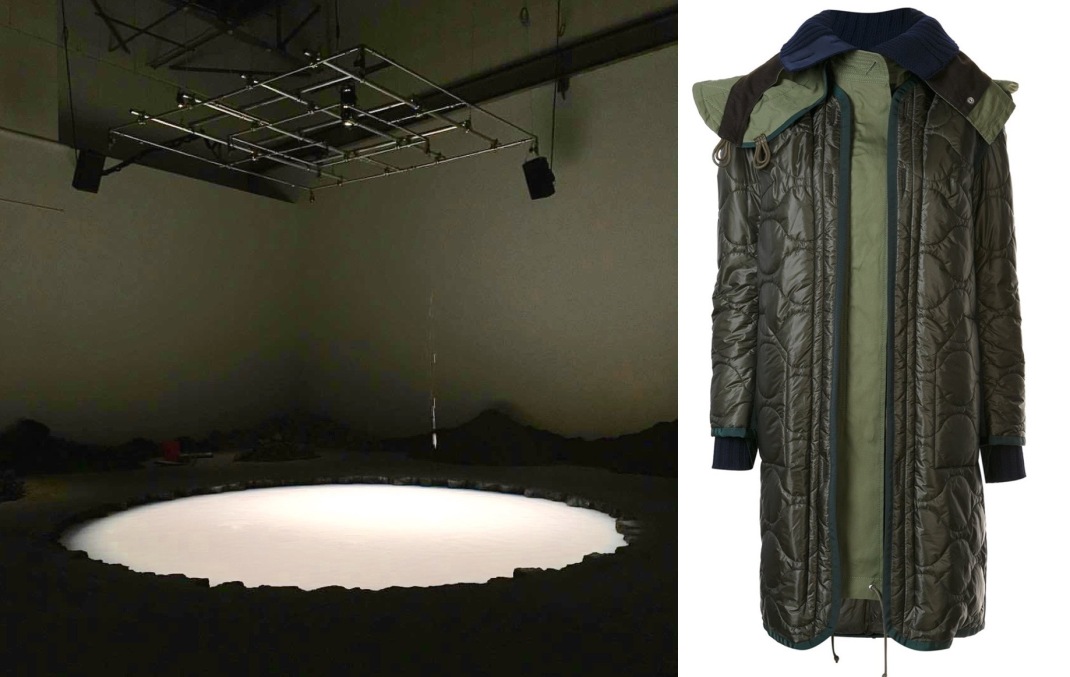 This post began before Election Day. It began with surprising ambivalence: I wanted to love “Doug Aitken: Electric Earth” at MOCA’s Geffen Contemporary, but didn’t. The projections felt too pretty, the loops too styled (quite unlike this perfectly layered coat). Time passed without much personality, leaving only the residue of “chic ennui,” as Christopher Knight wrote in the LA Times.

But now. Now I identify with standing at the edge of this slick abyss, distracted by the sonic spillover of another installation (Song I), diluting the staccato grace of this one (Sonic Fountain II). A muddled moment. A faux chasm now real.